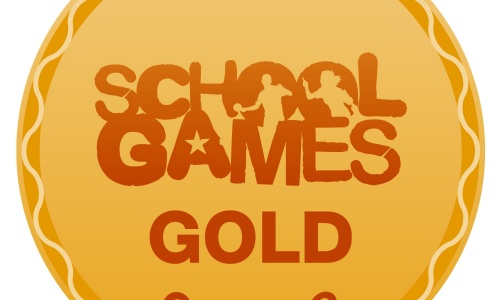 The sporting success of 2017 has certainly continued into 2018 with a number of competition achievements along the way.

Without doubt one of the highlights of the spring term came in April when 8 base 2 boys competed at the district Football tournament which were held at Ruddington St Peters. For some of the pupils it was their very first time of representing a school football teams and it was clear they were very excited before the event and also extremely proud of themselves after the event. It was a very proud day for myself as every one of the players performed to the best of their ability, tried their very best and came away having loved the competition. Every one of the players showed great attitude throughout the event and we crowned deserving winners.

The year began extremely well with a team (9 pupils) competing at the Ruddington St Peters Football Tournament.  With 9 players competing at the event it was a very competitive competition but the team have grown from strength to strength throughout the year reaching the quarter finals of the Rushcliffe cup.  Our last opportunity for success was at the Ruddington St Peters spring tournament, where the boys performed superbly with great football on display. Unfortunately they were beaten on goal difference, which meant they just missed out on topping the group. – an incredible achievement.

Once again the talented pupils of Crossdale showed their superb talent by finishing 6th out of 48 schools in Rushcliffe in the SHA Competitions, winning their first heat to progress through to the finals.

The tag rugby team travelled to Nottingham Rugby Club with high expectations after a few weeks of training Mr Sanders. The team did not disappoint, playing 4 games in the group stage winning 3 and losing 1. This meant the team progressed through to the semi-finals, unfortunately we were beaten by one try. The team performed magnificently and we couldn’t have been prouder of the team.

It was another successful evening at the basketball competition as Crossdale came away as semi-finalists. The team representing school finished 4th out of 12 teams which shows great work by the children.

After winning the first heat in January the year 3&4 sportshall athletics team represented Crossdale at the Rushcliffe finals which were held at West Bridgford Comprehensive. With the standard at the event extremely high and after a slow start with the relay events it was brilliant to see the resilience of the team as they outshone other schools in the field events and improved their relay performances at the end of the event and managed to finish 7th, which is a fabulous achievement for us being one of the smaller schools.

The sporting talent at Crossdale showed their excellent ability at the Boccia Tournament held at Gamston Community Hall during the spring term. With 12 schools competing at the competition. The children performed superbly on the day finishing in 3rd place!

The girls’ football team have had an absolutely fabulous year winning lots of matches and conceding very little goals. The biggest achievement was most definitely making the Nottinghamshire County Cup Final, which is a phenomenal achievement by the girls’ and although we lost in the event, the girls’ should be so proud of what they have achieved this year.

This success along with the number of children which have represented the school at district level shows the invaluable experiences our pupils receive to play sport. Well done to all the pupils which have played in a school team over the years.

I would like to take this opportunity to thank all of the parents for your support over the year.