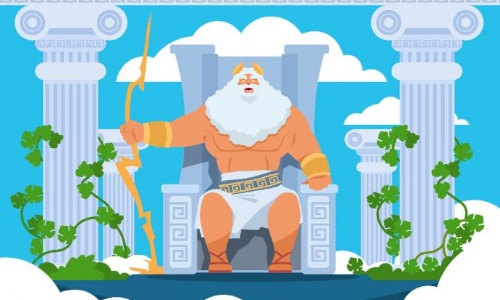 Let’s discover a fantastical world of mythical creatures and heroes!

Our third exciting project is called ‘Gods and Mortals’. A History based project exploring the fantastical world of Greek mythology including mystical creatures and legendary heroes.

This half-term, we’ll learn about Apollo and the other gods who reign from Mount Olympus. We’ll explore the land of Greece, where the sun scorches the wings of Icarus and Helen of Troy inspires the launch of a thousand ships. Using historical source materials, we’ll research daily life in ancient Greece. We’ll write non-chronological reports and learn about epic battles. In D&T, we’ll design moving wings, just like Daedalus. We’ll read Theseus and the Minotaur and create amazing labyrinths, using positional language to guide others around the maze. On maps of Greece, we’ll plot the journeys made by ancient Greek characters, as well as looking at human and physical features.

I have also attached a learning overview for the new topic, which highlights the activities the children will be doing over this term.

Spelling tests will remain on a Monday morning, with new spellings being introduced on this day too.